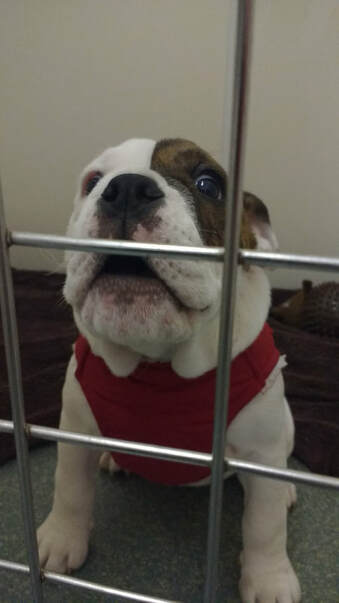 There are very few true emergency situations in veterinary medicine, any difficulty with breathing must be treated very seriously and has the potential to become a serious life-threatening condition. The ultimate cause of all deaths is lack of oxygen to the brain with too many reasons to mention as to why this may occur, some examples are disease, trauma or obstruction.

If you see any signs that may lead you to think you pet is having difficulty breathing try to keep them as calm as possible.
Let them make themselves comfortable as they can physically position themselves to help them inhale more oxygen. They will not be able to do this if you are cuddling them.

Animals that can’t breathe will often panic so when transporting them to the vets it is vital they are secure, for example, make sure cats and small dogs are in a secure carrier or box. A panicked animals first instinct will be to run so even if your cat hates going into a box it is in its best interests to be transported in one. Generally, a cat will be concentrating on breathing rather than remembering it usually hates going into its cat carrier. Using a towel or blanket to cover a carrier/box will create a dark calm area for your pet which will help keep the cat or dog less stressed.

When transporting a dog, it would be better to use a harness than a collar. Never muzzle a dog that is having difficulty breathing.
Immediate veterinary attention must be sought if your pet starts to show any sign of breathing difficulty.