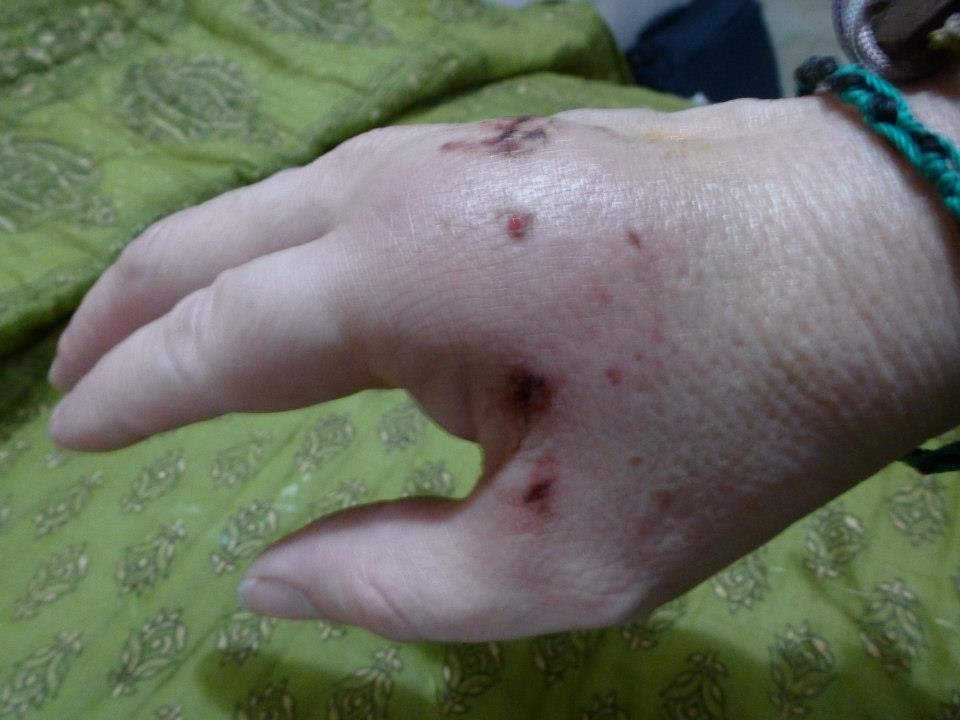 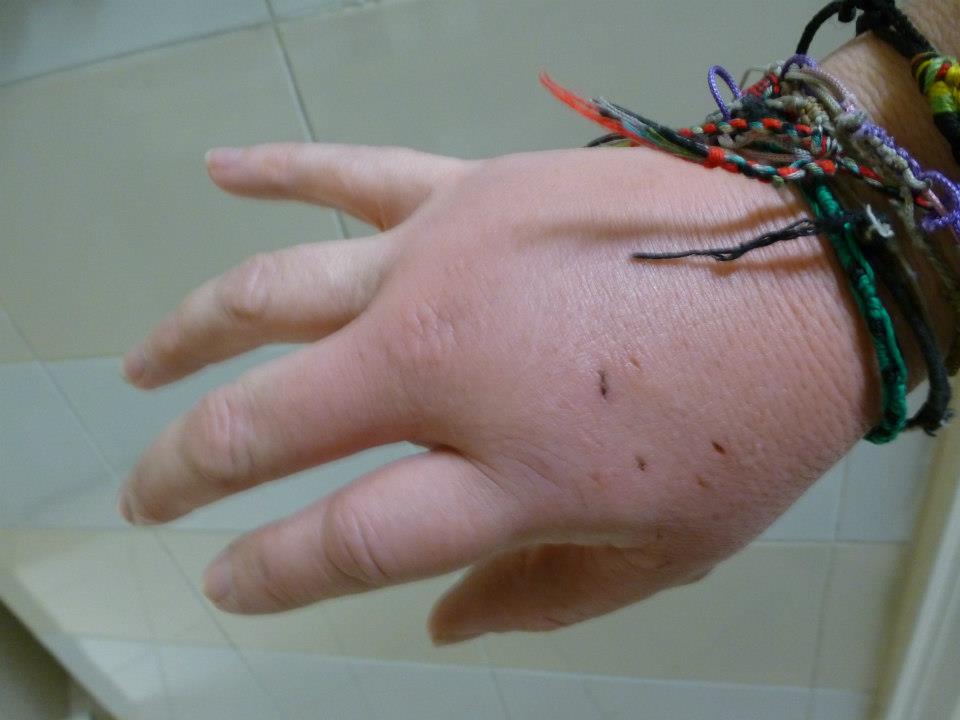 If you get bitten by a cat and the teeth break the skin you must seek medical attention.

A cat’s mouth is full of bacteria, such as Pasteurella multocida, which, when introduced underneath your skin, will rapidly multiply causing a serious infection. The area around the bite will become very inflamed, red and painful. The infection can spread throughout the body causing septicaemia (blood poisoning). Although this may be an extreme outcome it is a real possibility with every cat bite that occurs.

If you get bitten by a cat you must:

* Flush the wound under running water for at least 10 minutes.
* Try to remove any debris such as fur from the wound.
* Apply a dry sterile dressing over the wound, if it is still bleeding then apply some pressure.
* Phone your doctors’ surgery or 111 for advice.
* Do not wait for signs of infection before seeking medical attention.

Historically people were worried about the risk of tetanus from a cat bite and I know from previous experience I had to argue with a doctors’ receptionist regarding this. My own bite had just occurred, I was up to date with Tetanus vaccination and was told I did not need to see a doctor. This was a few years ago and I would like to think that the doctors’ receptionists were better informed today. Your doctor may still advise a tetanus injection but you must discuss the bacteria infection risk with him or her.

Too many times have I heard people saying, “it will be okay, I've washed it, it doesn't hurt that much...." Do not take the chance, people have ended up in hospital as a result of cat bites needing IV antibiotics and surgery....I have not known anyone lose a limb but it is a possibility.
​
When animals are hurt and scared they are much more likely to attack...which is why I have posted this. The pictures are my hand day one and day two after a bite, I washed continuously for about 20 minutes as soon as I had been bitten and sought prompt medical attention resulting in further wound flushing and antibiotics. The infection remained localised and I have no lasting scars. Anyone can get bitten...After nursing 20+ years I have managed to avoid countless cat bites....only 3 have managed to get me, one of which was my own cat.